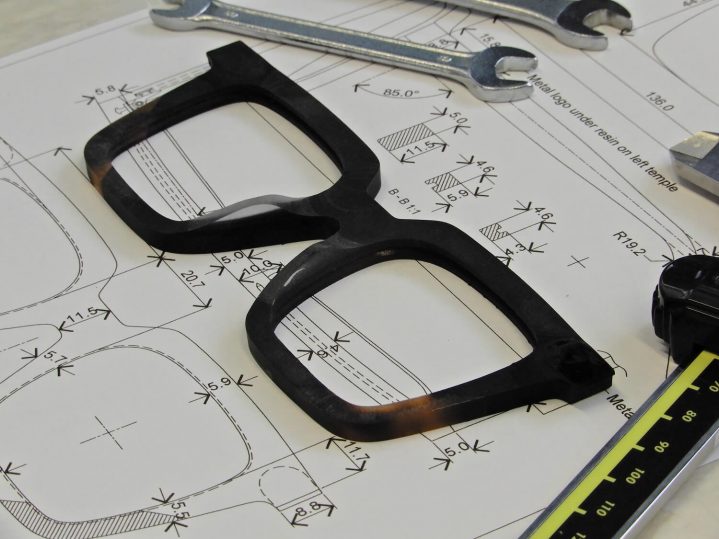 When arriving at the production facilities of GHF (Greek Handmade Frames) 45km away from Athens, near its international airport, the first thing that strikes you is the ultimate peace and harmony of the landscape surrounding it. It could be a place of meditation. 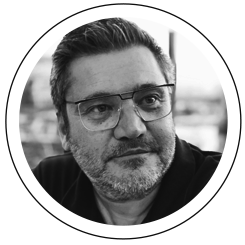 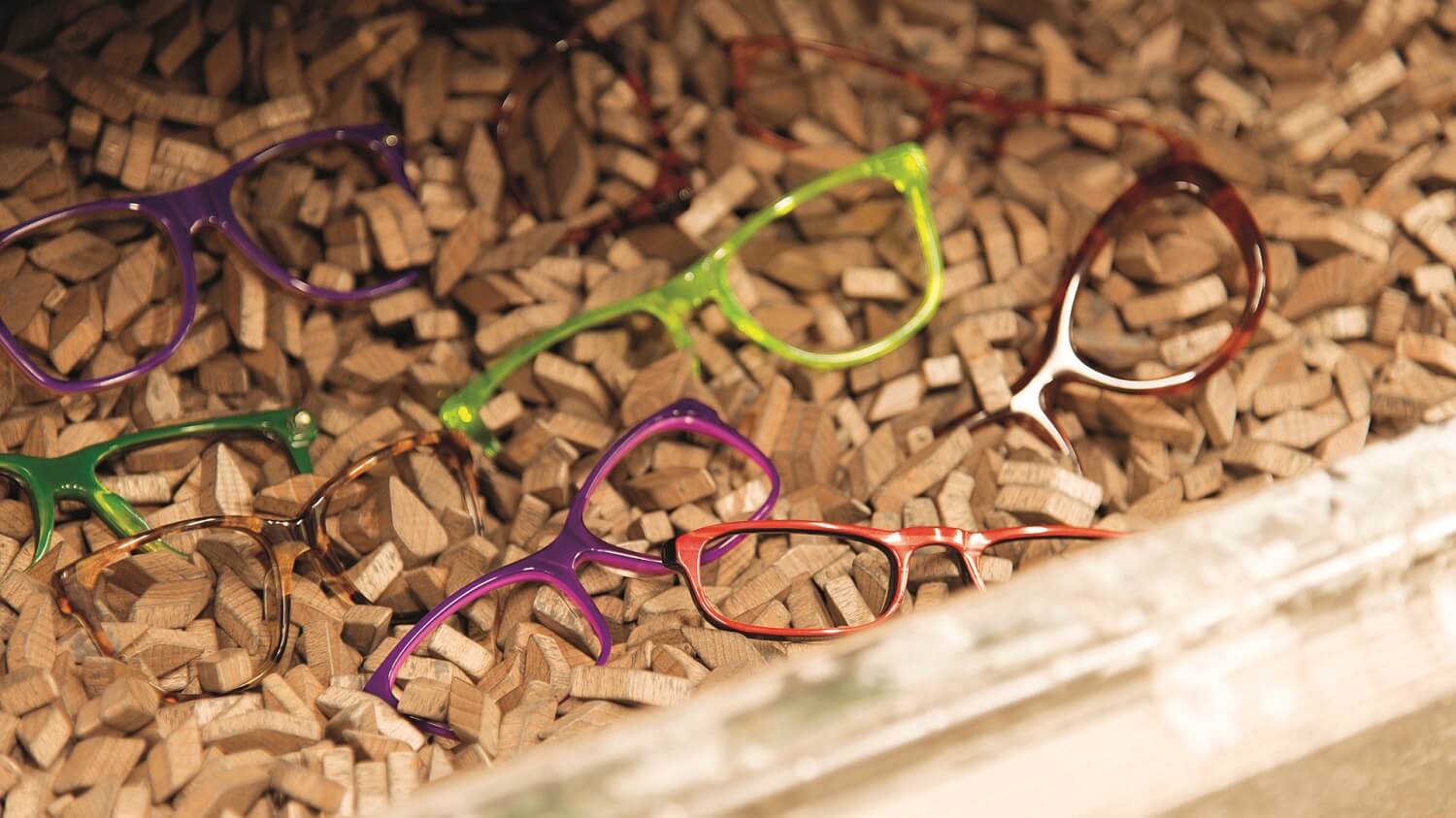 We were welcomed by Thimios, head craftsman of the factory, who gave us a warm handshake. After a revealing tour of the production line I realized that the 40 team members could actually be meditating monks! Through spiritual and detailed procedures they could create the handmade masterpieces they showed us.
From the moment you enter the factory you can see the passion for perfection reflected in the eyes of every single craftsman combined with the high standards that have been set. Each one of them is dedicated to at least one of the 55 production stages which are needed to produce the sunglasses and optical frames. 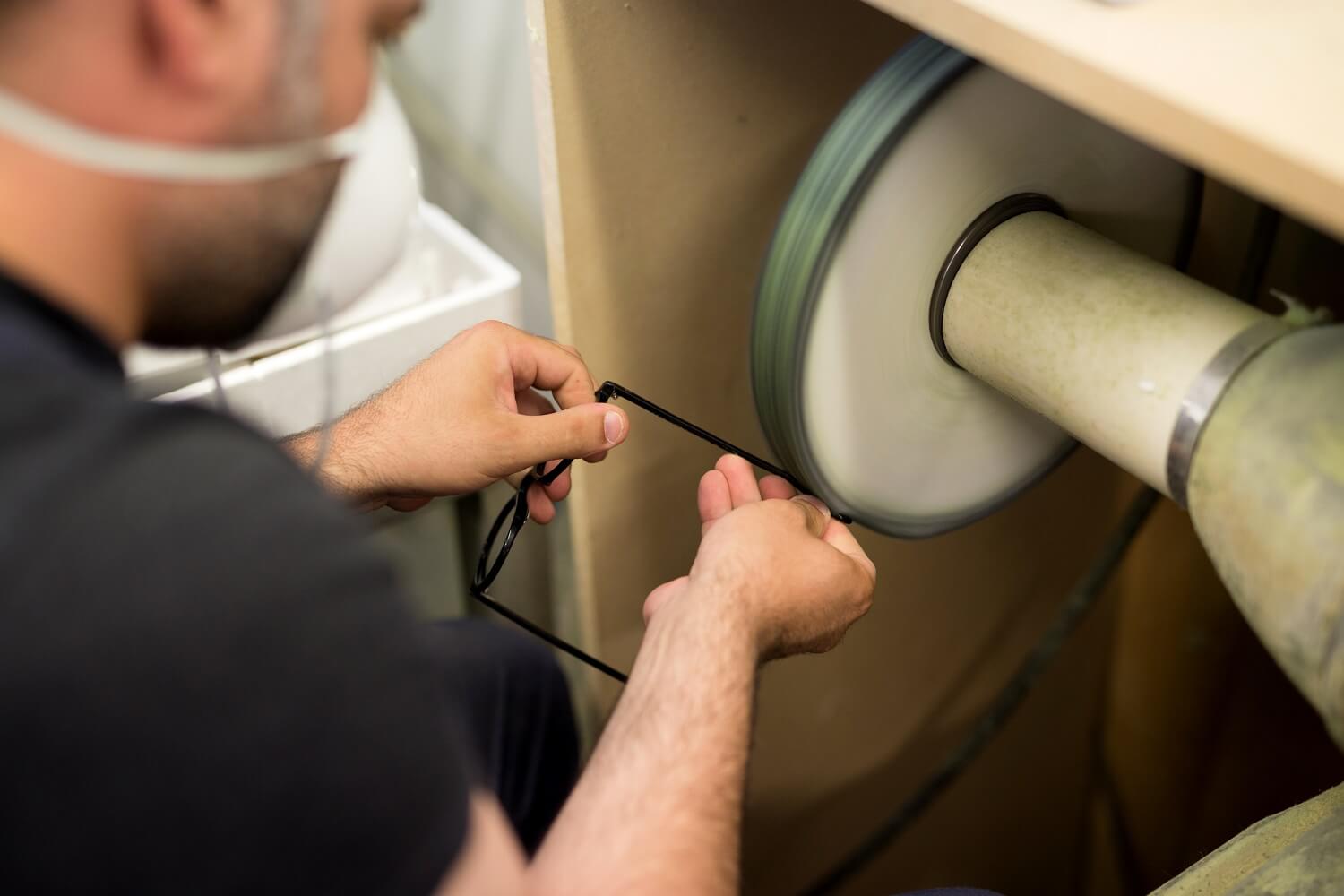 As I was continuing my tour I was overwhelmed by the amount of work needed in the R&D dept. for the creation of new techniques and material combinations, in order to give the perfect rendering to each design. Materials technology, strict Quality Controls, Prototypes, Endurance tests and so much more…
GHF is mainly producing handmade acetate frames but also combination frames with metallic features. After a special permission I got, I opened the door of the acetate storage room and found myself in front of a huge variety of colors and patterns, all with Mazzucchelli labelling. 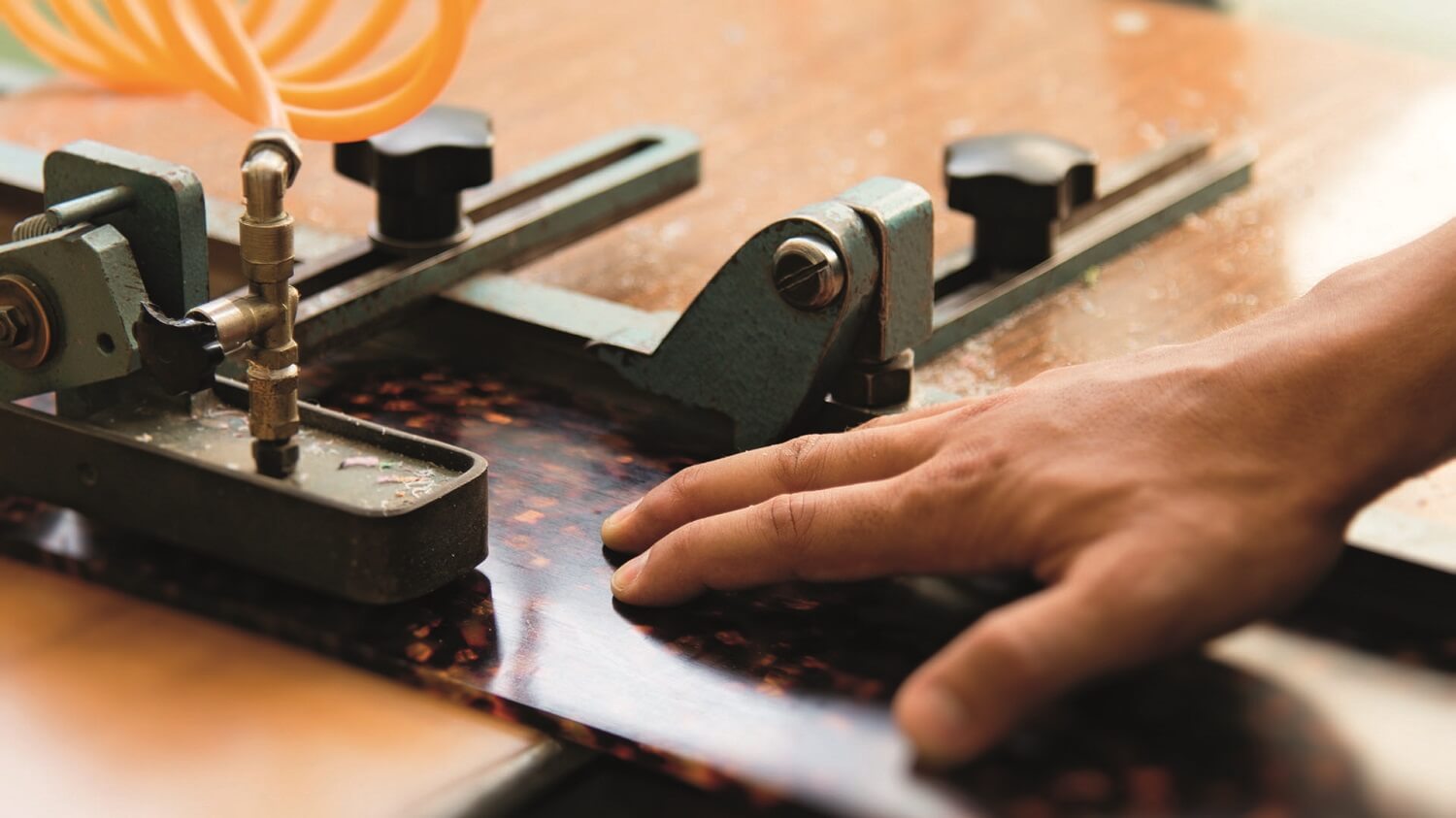 The door next to this one was closed and unlike my previous request, I was not allowed to enter since it was the place where all confidential information and customers’ designs were kept. Nevertheless my curiosity was gratified as I was fortunate enough to see the manufacturing of some new models of the Zeus +Δione collection at many different production stages. The brand is actually distributed through the GHF group.
Talking with Aggelos Destounis (Production Manager), I realized the effort and the amount of investment needed to achieve in just 6 years (Est. 2013) what they have accomplished: a facility which employees 40 craftsmen, owns 4 CNC stations and operates with European high quality standards in terms of know-how and regulations.
Following my visit, I got the opportunity to meet Simos, one of the In-house designers. He told me that his main task was to connect the needs and demands of each client with the complexity of the production processes. The In-house design team consists of 4 designers, whose focus is the R&D of new techniques, the conception of collections according to each brand’s identity and last but not least the creation of prototypes.
Before leaving, I met Costas Destounis (Head of International Sales for GHF) who was giving a tour of the factory to a customer from Canada. He told me a few words about the clientele of GHF which consists of international brands from France, Spain, The Netherlands, USA, South Korea and many more.
After my visit was completed, I realized that in this place there was a genuine Success Story unfolding. The exclusive Greek products coming to light in this factory, carry the signature of GHF which has become synonym of a unique identity worldwide. 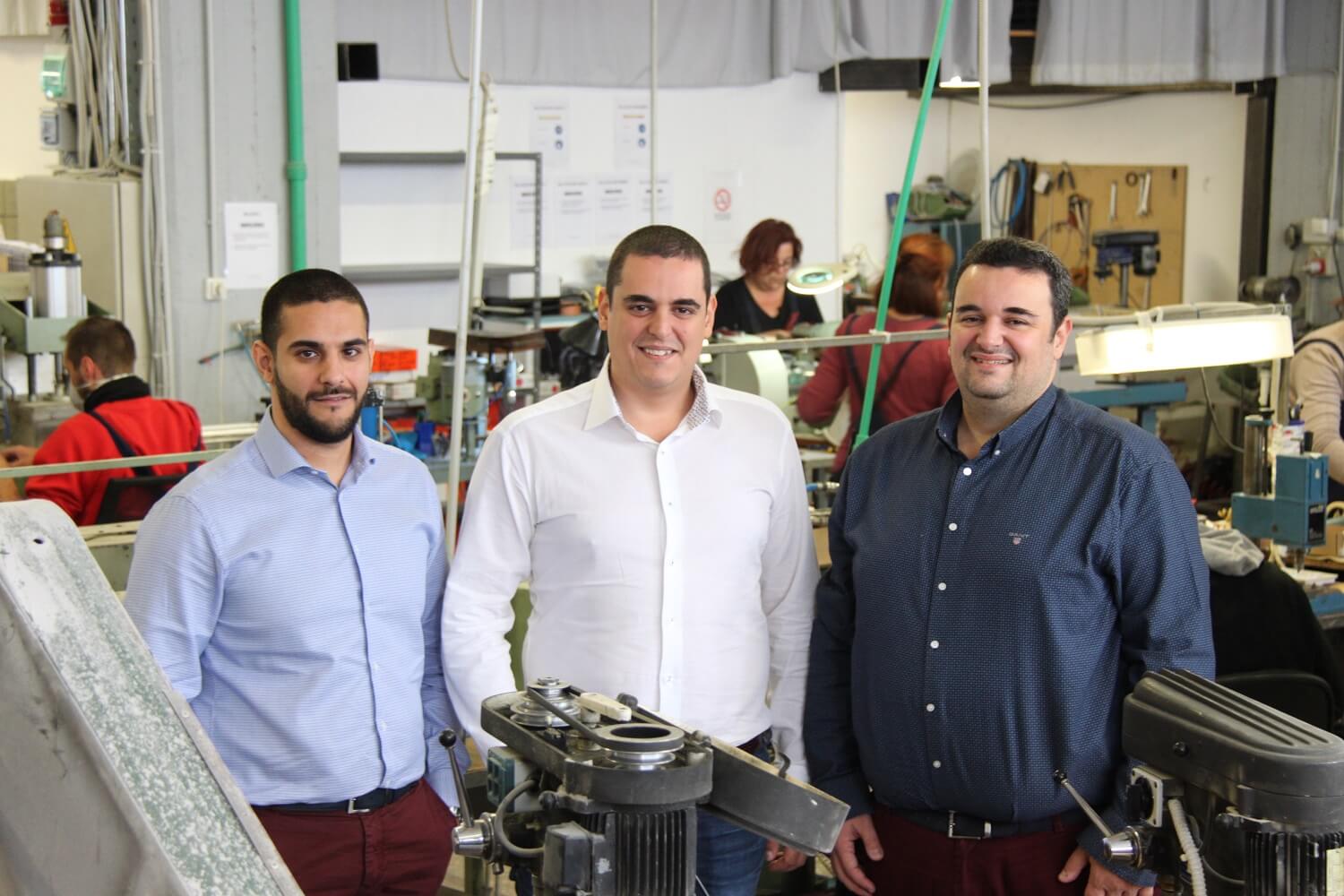