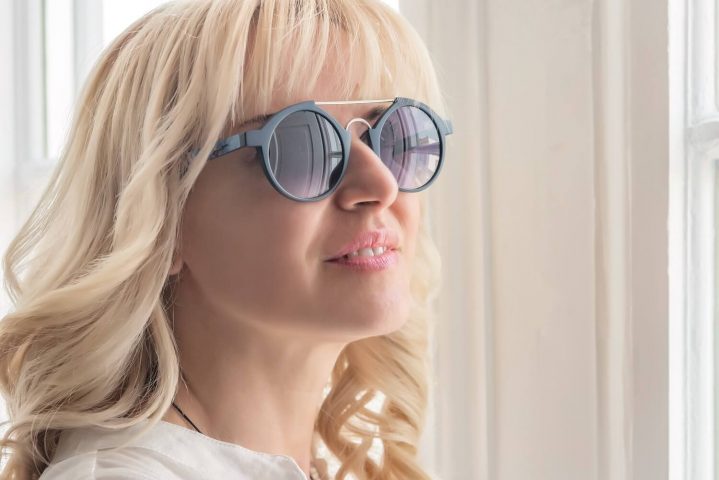 Hermoupolis heritage on our eyes…
The well-known optic shop in Syros, Kois Optics, celebrating its 30th anniversary, created in 2015 and in collaboration with the creative and modern brand “Italia Independent”, a collectible edition of sun glasses, under the title “Hermoupolis Heritage”.

The idea of creating this collectible edition was born from a team of people who love Syros and were inspired by a historical ceiling painting, that stands as a trademark of the island. It is the impressing ceiling painting of the former Nikolaidis Mansion (now belonging to the Kois family), which dates back to1860 and in which the Kois Optics Shop is established.

A large circle in the center leaves the four corners of the ceiling free. Inside the circle, blooming garlands and jewelry create 8 sections through which the blue sky appears, each containing an ancient Greek deity: Zeus, Hermes, Themis, Apollo, Demeter, Athena, Poseidon and Artemis. All of them are standing on a small cloud, except for Poseidon who appears within his realm, the sea.

Since 2015, every year, Kois Optics in collaboration with leading Optic Brands such as: Italia Independent, Motley Eyewear, Nea Optiki, as well as the Industrial Design Department of the University of the Aegean, based in Syros, designs a collectible edition of glasses and accessories, with the specific ceiling painting as a theme, highlighting the cultural identity and significant history of the island.

Part of the revenues earned by these collectible editions, will be donated for supporting the effort of including Hermoupolis in Unesco’s World Heritage Sites. Leading this attempt is Pavlos Chatzigrigoriou, who was awarded in 2015 with the Europa Nostra Award for his project “Hermoupolis Digital Heritage Management”.

Face A Face: The Magical Object